Please feel free to copy and use the following pictures for promoting Rachel Barnard and any of her books.

Praise for Seize the Donut

“This gripping story is the second in the series. Nichole is Vanessa’s support, and yet, in this tale, they both lose sight of keeping their path together. We almost lose sight of Nichole completely, as she navigates finding a home and learning who to trust. Donuts can be relied on for many things- an instant of pleasure and the reliability of tasting great! But be careful to seize on to your friends as well! I started this story and worried for Nichole’s situation. Alarm bells were going off, and I nearly spoke to the book several times to warn her! Well paced, hard to put down, and the donuts described might’ve made me a little hungry. I’m looking forward to the next installment!.” – Victoria Bastedo

Praise for Donuts in an Empty Field

“Barnard successfully portrays the secret lives of teenagers. She deals with uncomfortable topics, such as the shame young people feel about things out of their control, like Nichole’s mother’s hoarding.” – Andrea R. Huelsenbeck

“Whatever you do, if you buy this book, read until the end, or you’ll miss out on one of the best finishes I can remember. That’s probably the biggest reason I love this book.” – Amazon Customer

” Throughout the book the author brought the reader into the manic emotions of a young teenager struggling through the everyday world, battling family and friends as the world around her moves on from the death. Regardless of the heavy underlying tone the author makes the ride enjoyable. I would recommend this book to any young adult reader who might need a break from dragons and magical worlds.” – Matthew Buza

“I was blown away by the reality of the characters, even the off-beat, quirky ones. All of them, major, minor and background. Not even to mention the boys, who are a whole lot more like those I remember knowing at that age than just about any others that I’ve read. I stepped into another world, and became part of it. Considering I’ve never been a teenage girl that’s quite something. The story is as painful as it is inspiring, and it is a whole lot of both.” – D. B. Rose

At One’s Beast by Rachel Barnard

Praise for At One’s Beast

” A classic tale retold, At One’s Beast is a solid YA with a well-written plot.” – R.M. Gilmore

“This is an immersive fantasy for young adults, but with broader appeal and deeper purpose.  The characters are endearing, particularly Zos and Alcina. The story grips, the characters struggle with themselves and with one another, and with the revelation of buried truths.” – D.B. Rose

“Intrigue: Check. Mystery: Check. Ominous hook: Check. At one’s Beast is without a doubt a dark mystery worth the investment.” – Number 11

“At One’s Beast is a fresh take on the classic “Beauty and the Beast.” The characters are ones you can sympathize with. The story shows how people can push off their evil and attribute it to others, and then cast those people aside.” – R3

“Overall this book is well written. It has some fantastic descriptions, and I felt myself immersed in the world and culture.” – Purple Violin

“This book is beautifully written. I was very impressed with Barnard’s style and prose. The author is at times almost poetic, giving the story an otherworldly atmosphere.” – A.E. Albert

“At One’s Beast is a well-constructed take on the dark fairy-tale genre. It’s got all the right ingredients: a beleaguered town surrounded by monster-haunted forests, long-forgotten secrets, and a brave main character who must survive though her wits and strength of character.” – Rob May

Ataxia and the Ravine of Lost Dreams by Rachel Barnard 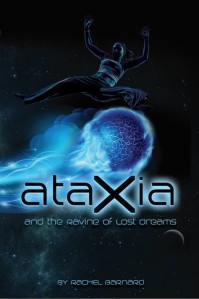 Praise for Ataxia and the Ravine of Lost Dreams

“I liked being inside MC’s head. The action scenes in the Cube. Love!” – Anchor

“The Cube is the crown jewel of this book. Brilliantly imagined, with a unique combat system and technology, it offers limitless variety, wonder, and the drama of face to face confrontation with enemies and friends. The Cube is one of the prime tools of the Academy in assessing the students – but it also holds a secret. This book is brilliantly original and has a very well executed concept. Cube combat, the changing world within it, and the different approaches to its tests, were constantly fascinating. The story is gripping, the pace is lively, and I really enjoyed it.” – D.B. Rose

“What I liked about Ataxia was that it had a lot more to it than your typical teen dystopian read. On the one hand there’s a young heroine, driven yet flawed. MC is at once down to earth and worldly, given a perspective that sets her apart from the other at the academy. The story’s love interest, Li, isn’t just there for eye candy either. He’s smart, inquisitive, and frustrating at the same time. It’s believable that he draws MC away from her important mission.” – Cloud

” This marvelous and well-written book artfully sucks in the reader and leads us and the characters upon an unexpected path.” – Oregongirl

“Author, Rachel Barnard gives a glimpse of a dystopic reality steeped in teenage angst and a young woman’s grappling with world-shaking ambitions and an ever-present tug-of-war of hormones, intellectual pursuits, and finding her identity. MC’s admirable and rather cocky attempts at greatness put her in danger of losing her life and the mortifying danger of embarrassment in front the object of her begrudging crush. Yes, she has to admit she’s enamored by Li’s charms. She’s human after all—and I love her for it.” – Sheri J. Kennedy 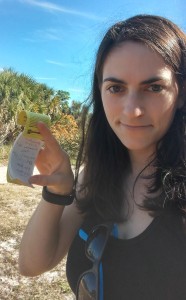 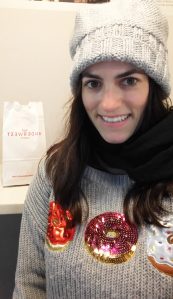 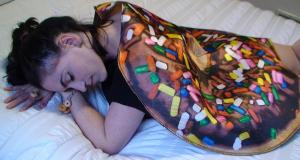 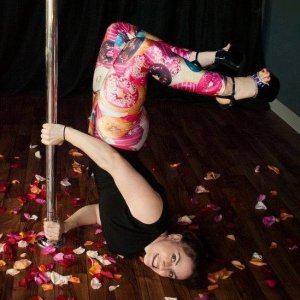