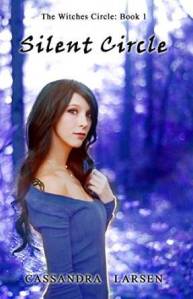 “We can‘t change what we are, but we can practice to get more control over what we do.” (Page 126)

Emerson is your average teenage girl. She’s got a hot boyfriend. She has a few good friends. She goes to the local high school, dressing like everyone else, partying like everyone else. On her seventeenth birthday, however, everything changes when she gains her powers. Em can’t believe that she’s a witch, but after some of her awesome abilities are revealed, she realizes there’s something going on that even her mother never told her about. That’s because her mom died when she was fourteen, before she had a chance to explain to Em who she really was. Em’s life is further complicated when her boyfriend Sebastian catches her with the local quiet boy Caiden, but hey, it’s not what you think!

I like how Em is portrayed as a very normal and down to earth teen girl, albeit with her own troubles and chips on her shoulder, but those make her interesting and mysterious. Em is part of her own ‘it’ crowd but not the most popular. She’s not the model student or the model popular. She’s interesting but not really different from the norm. She fits in, until her 17th birthday when everything changes.

Larsen keeps up the intrigue throughout the book, hinting and foreshadowing that greater things are afoot and will be revealed in time. Em has just found out she’s a witch and less than a week later is having to make choices she’d never thought she’d have to make and letting people help her when she’s decided that she is self-sufficient and independent. It’s difficult for her to learn to accept the help and community of being a part of something.

I like how Em already has a boyfriend and the entire book is not a sappy falling in love romance. It’s about Em and how she has to fight to figure out what she believes in and figure out what is the truth and how she fits into this new world of witches and powers beyond belief.

The teens are realistic to a fault. You grow to love them while at the same time despising them for acting like teenagers! Rowdy drinking, bad decisions, and forgetting how they affect other people. Definitely teenage behavior. They are snarky and sarcastic and blow up in anger over little things, but they will also surprise you with their fortitude and their willingness to try. Em may have anger issues, but she is motivated to learn to control herself. That is a character trait that is really one to look up to, how many of us can say that?

The hint of a relationship between Em and Caiden, like all the gossip wants to point out, is just barely there and I hope it develops more in book two, but alas we also like Sebastian and don’t want to see him drop off! I’m interested to see how Larsen will develop the relationships and romance in the second book.

This novel was published by Cassandra Larsen 08/21/2014 and is available on Amazon here.