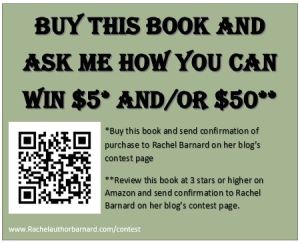 Spark (The Chronicles of ISLE Book 1)

“Superheroes give up most of their right to be selfish when they become what they are” (Kindle Locations 162-163).

Candace Bristol and her water power are back… Decades later and the story isn’t about her and her romance with Jackson anymore, it’s about their daughter Phoebe. A Natural superhero with both mother and father superheroes, Phoebe is destined to be a super and grew up both sheltered from the outside world and raised within the superhero community. Feebs trained before she knew what her power was, but she always knew she would be a superhero, she never had a choice in the matter. All she wants is to be in control of something in her life, but even her gifts awakening is a scary surprise for her. But it wasn’t all that bad, she did meet the intriguing Foster at the bonfire party Sammi, her best friend, convinced her to break the rules to go to. Now that Phoebe is 18 and has been presented to the world, her life will throw her into the fast lane of being a super and she can barely keep herself together and in control. Add in a mysterious illness dropping veteran supers left and right and Feebs feels like her entire life is crashing to pieces around her. Where will she turn for support now?

Everything Starla Huchton writes turns to gold. I’m serious. If you like romance in your young adult adventure/sci fi/fantasy novels then you will love Huchton’s novels and Spark ((The Chronicles of ISLE Book 1) is no exception. This is the type of book you don’t want to put down and you won’t because it’s just that good.

The romance is mesmerizing and only a little cheesy, but every little romantic moment will make you go ‘awww.’ Huchton not only gives her characters reasons to love each other, she gives them a reason to fall for each other in the first place. They have heightened hormones that turn them toward each other and accelerate the process of getting intimate and falling for one another. They are put into situations where they have to trust and rely on one another and build an emotional connection. They are unique and super and that’s just attractive. Phoebe had almost no contact with boys outside of the superhero extended family she grew up with and the first boy she meets is the one she falls for and not just because he likes her back. This is a relationship built upon mutual attractive qualities.

The storyline is both familiar and exciting. ISLE is the decades later continuation of ANGEL and we get to see some of the same characters from the previous trilogy as adults. This is not their story, but there are similar elements as the last story. There are still supers and a threat that must be understood and contained. It is now up to the new generation and the Independent Superhero LEague to save the day.

This novel was published by Amazon Digital Services, Inc. on September 28th, 2015 and is available on Amazon here.