It’s happening again! Seattle Independent Bookstore Day is this Saturday, April 27 at participating local bookstores!!!
I’ll be participating at the Neverending Bookshop in Edmonds this year from 12-2. Here is the schedule at the Neverending Bookshop:
9 – 11: Valerie Stein
10 – 12: James Macon
12 – 2: Rachel Barnard
2 – 4: Karen Eisenbrey and Mikko

What Is Seattle Independent Bookstore Day?

When Independent Bookstore Day went national in 2015 (after its founding in 2014 by booksellers in Northern California was a rousing success), Seattle’s indie bookstores collaborated to showcase what we do best: build human connections through physical books, in a daylong celebration of the work we do and the readers and customers who make it possible. We offered many of the same events and exclusive items as our colleagues across the country, but we also introduced the Passport Challenge, encouraging readers to get their passports stamped at as many participating stores as possible on Bookstore Day. Those who get their passports stamped at every participating store that day are crowned Grand Champions, with a crown, a party, and best of all, a 25% discount at all participating stores for the following year. We admit we have been stunned by the response: in our first year, we weren’t sure if anyone would complete the full Passport Challenge, but we crowned 42 Grand Champions. In 2017, our third year, the number of Grand Champions, all of whom visited 19 stores from Poulsbo to Kirkland to Queen Anne to Georgetown in a single day, exploded to 320, and in 2018 our total number of Champions increased yet again, to nearly 500. We’re hoping for even more in 2019! 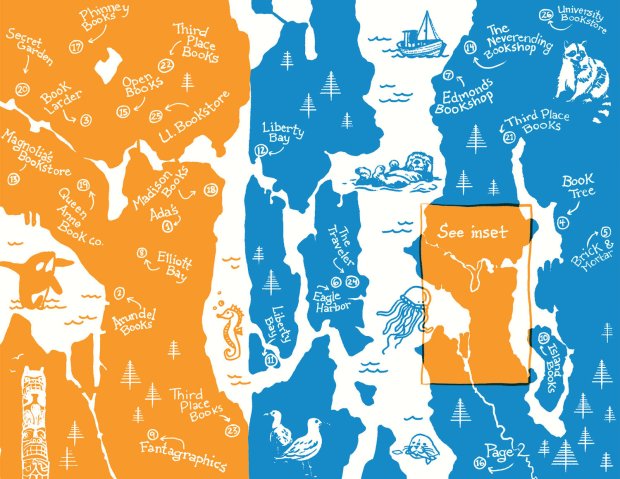