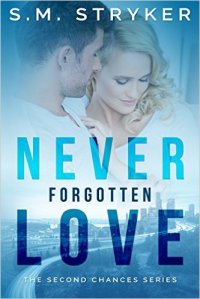 Becket hasn’t had his growth spurt yet. At home and at school he’s bullied and belittled. Then he meets Harlow, who stands up for him at school and gives him a place of solace after school. When Beckett’s mother moves them away and takes away his computer and cell phone, Beckett loses touch with Harlow and misses her for years. Finally able to move out of his mother’s house when he graduates from high school, Beckett gets his college degree while he works for a tech company. His life is going well, but it’s still missing Harlow. He can’t get her out of his mind. When he decides to search for her he ends up finding her through a chance encounter at a local deli/bakery.

A novel wins over readers in the details of the story. This novel was lacking in the details. The child abuse of Becket did contain a lot of description and action, but not enough of in the moment action and thoughts to show the vulnerability of Beckett. His abuse did not seem to infiltrate his life beyond this abuse. As soon as it was over, he got out and he wasn’t very much affected at all. The setting lacked details. The action lacked details. Even the backstory lacked details. The story was told to the reader and it rushed through the life of Becket from age 4 to 6 to 10 to 12 to 16 to 17 with a lot of tone and telling and feeding of descriptions. There were a lot of written out contractions that broke the flow of the narration, especially for a young kid and a good portion of the beginning was told by Beckett as a child before the real plot began.

I didn’t believe in Becket and Harlow’s love. They were separated as pre-teens and then pined for years for each other without moving on? I don’t really get it.

The story was predictable. Usually there’s some satisfaction with the happy ending with all ends tied up nicely, but I never felt truly invested in the main characters or their love and their story to care that everything ended happily ever after.

I thought it was super cool to include the cupcake recipe referenced in the book at the end of the print book. I love the integration of extra bonus content into novels.

This novel was published by Amazon Digital Services LLC on December 26th, 2014 and is available on Amazon here.