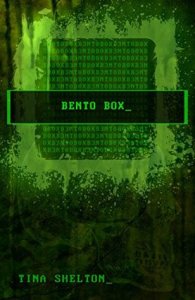 “How do you catch someone who’s riding inside of someone else?” (Kindle Location 2644).
Carnelia is stuck working for future Seattle’s version of the mafia. Her boss has the goods on her, literally. He has her body and she has to get it back when a job she’s forced to do for him goes South. She’s a body jumper, stealing people’s bodies to do all sorts of criminal/sordid things with them. But her last body jump isn’t going so well and now her new skin is under attack and she only has so long in this new body before her boss does something to her original body or the tech prohibits her from jumping back.

I was overjoyed to find that this book was set in my ‘hometown’ Seattle, but this is a Seattle in 2291. It is a Seattle that’s twisted and yet still familiar. The tech is out of this world, or at least out of body. In a bit of irony/hilarity, the rain is no more a problem, read the book to find out why.

Everything about this story was well done, well written, down to the names of the characters and the small details about future Seattle.

The level of sci fi detail was a total mind spin – like Inception but instead of dreaming, the characters are body jumping. What a fun and thoroughly detailed concept brought to life by Tina Shelton.  I really enjoyed it.

Shelton even delves into the particulars of what it would be like for a petite woman to jump into a 7’2″ man’s body, but never takes this too far.

This novel was published by Barely Salvageable Press July 1st, 2015 and is available on Amazon here.