20+ authors pitched their books last Thursday! It was such a fun night. This event happens quarterly so you may have another chance to see me at Brick & Mortar Books in Redmond this year!

I met Lee French at the AFK I Heart Books event at the beginning of the year. Read about all the books I discovered here. In a world where most print books are $15 – $30, the first book in her “The Greatest Sin” Series was only $8. My favorite color used to be purple and is now blue. Most of her books feature blue in their covers and her Greatest Sin Series features quite a bit of purple. I was intrigued by the colors and the price tag and bought the book. I wasn’t sure if I’d like this book as it was a world-building type fantasy and I typically go for the low-fantasy could almost happen in our world type fantasy. But I fell in love with Chavali, the main character, and have since read every single book Lee French has currently published and am eagerly awaiting more books.

I like the way French weaves fantasy into her story and makes the reader wonder, what is the greatest sin? French has a way with words and phrases that is mesmerizing. Her writing style is elegant and captivating. You can tell she is a professional and knows what she’s doing. She gives Chavali a bite to her words. I love the quick wit Chavali exhibits and the way she talks back without trying to usurp anyone or prove she’s better.

Lee French continues to deliver good writing and great story with the second and third books in The Greatest Sin series. Just like The Fallen, Harbinger was full of great quotes, quippy dialogue, fun and larger than life characters, and a female kick-butt main character who took no nonsense from anyone.

Soon to be published by Lee French is “Al-Khabar”, of which I was honored to receive as a beta read book and will give it another read before posting a five-star review.

Here’s the story of how I met Ksenia Anske….

Remember last week when I told you how I met Hugh Howey? The story of how I met Ksenia starts out the same way because… I met her at the Hugh Howey meetup! Part of the reason I love Ksenia so much as an author is because I love her as a person. If you met her in real life you would instantly fall in love with her too. She is dynamic and charming and loud. She gives out hugs and tells you that you can kiss her hand. She is playful and doesn’t take herself too seriously. She has the easy manner you might associate with a movie star and not a writer. She is the writer that writers wish to be and boy can she promote herself! I was charmed when I met her and I’m still charmed today because I follow her on Facebook and her blog. She has a way with talking to her readers and her fans and she’s so entertaining.

Not only is she a great personality and writer in person, but also in her books. Not all of her novels are glitter and roses (one of them has roses) because she has lived a life. She brings so much to the table as a writer through her books and the sometimes hard lessons learned through them. Irkadura and Siren Suicides deal with real issues and when I read them I took away something ddifferent a perspective on suicide and hard times I don’t always get from the normal YA and fantasy that I usually read. Life is not always fun and games, but it can be described beautifully by authors like Ksenia Anske.

Ksenia Anske is on my list of Indie stars to watch out for because she is a wonderful writer with an easy to read and compelling writing style, is so charming, brings up the real issues in her books, and has a great relationship with her readers through both her social media and in person presence.

I’ve read every novel of Ksenia’s and am ready and waiting for her new works, especially the manuscript she’s currently editing/working on: Corners. 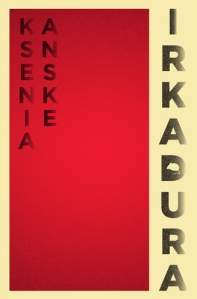 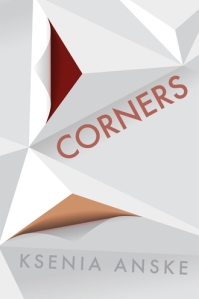 Here’s what Ksenia says and another reason I love her as an author: “I believe that art is not about protecting it from being stolen, it’s about giving it away and inspiring others to create more art. All of my books (and drafts) you can download for FREE on my site indefinitely. You can also buy signed paperbacks or digital/paper copies on sites like Amazon. If you think my writing is worth your money and you want to support me, please buy my books or donate. It’s a pay-what-you-want idea. Any amount spells to me your love. It will enable me to give you more love in return, to write more books for you to read and share. XOXO.”

I’m so glad Ksenia is local and I’m able to see her now and then at events like her book reading and the Gifts for Geeks at the AFK Tavern.

Here’s the story of how I met Hugh Howey….

I had heard about him from various other readers/authors and I was intrigued. All I can recall hearing about him was that he wrote this awesome dystopian book. Bam! That got my attention. End of world disaster? Yeah, count me in. I’m referring to Wool (pictured above). I wanted to read the book and at the time I was only reading physical books (no e-books). I didn’t think too hard about actually putting the book into my library queue or buying the book until the pressure of all those other readers hailing Hugh Howey as some great genius cracked through to my TBR list. At the time I was also only purchasing books that were signed. For Hugh Howey’s Wool, though, I figured I could make an exception. I bought the book and shelved it immediately. I was busy, but I was growing to like the author more and more. Hugh Howey is my author idol. He interacts with his readers like a true role model and so I started to follow him through social media.

Then, bam! Again I was thrust into the world of Hugh Howey. He was coming to Seattle and was going to stop in at a local bar downtown to meet his fans. It was the day before, how many people could possibly show up on such short notice? I was intrigued. I could get my copy of Wool signed so that my collection of books wouldn’t contain any unsigned works. I was sold and the next day made off to somber Seattle to meet the man who was a self-published millionaire, with a success story like J.K. Rowling’s rise to fame: he had a great novel published at just the right time at the beginning of a new wave of reading to thrust him into the spotlight. Hugh is my hero.

I still hadn’t had a chance (or made a chance) to read Wool or any of his other works, but that wasn’t going to stop me from meeting such an entrepreneur. However, I did my research before I went. What had made Hugh such a remarkable shining example of an author rising through self-publishing to become rich AND famous? Part of it, I think, is due to him being at the forefront of self-publishing i.e. less competition and the fact that he had a breakout novel. Wool (when I finally got around to reading it) is phenomenal.

So I went to Seattle, met up with approximately fifty other adoring local fans and shyly made a grab for the famed Hugh Howey’s signature for my copy of Wool. At the event I met one of my other favorite Indie authors who makes it onto my Indie authors to watch. I didn’t mention to Hugh that I had not read the book, or any of his books. He is my idol in more ways than just the writing. He has a work ethic to admire and a business sense to watch out for. I also like to see what pictures he posts on facebook and read his blog posts about current author politics or self-publishing tidbits and statistics.

Hugh Howey, though he is already a star of self-publishing and the Indie author world, is on my list of Indie stars to watch out for because he is a wonderful writer, prolific, has a terrific work ethic, an acute business/marketing sense, and has a great relationship with his readers through both his social media and in person presence.

I’ll have to make some more time to read some more of his novels and the next ones on my list are Sand and I, Zombie.

Another story: As soon as I got to the bar, I began to panic. It was fairly large and sprawling and I had no clue where Hugh was going to be. I was fashionably late and the bar was hopping. I walked timidly out of the doorway and into the left main area, sweating my nerves in a foreign place with so many strangers. My author anxiety and closet introverted nature hanging on my sleeves. I saw a large table with some boisterous people and marched up to one and asked if this was where Hugh Howey was. They assured me it was and brought me to an empty seat. I sat, still timid, and tried to spot Hugh. No offense to the man, but he is quite average looking. In a bar full of chattering people, I couldn’t spot him. I tried to pull up his picture, but he has one of those melt in a sea of people faces and I just couldn’t pull him out of the crowd. Embarrassed I asked one of my new seatmates if they could point him out as I didn’t really know what he looked like and probably couldn’t recognize him. They laughed off my insecurities and one nice lady said she’d snag him over for me as he hadn’t spent much time at the table anyway. She brought back several guys and pointed in their general direction for Hugh. I turned to the man she pointed out about to speak when the guy in the middle spoke first. Whoops, good thing I held my tongue because not only could I not recognize Hugh Howey in a crowd, I couldn’t even recognize him between three guys. He wasn’t the one I had identified and thought the lady pointed out, but the guy in the middle. Embarrassment narrowly averted.

I hope someday to have the chance to meet Hugh again and maybe even get in a brief chat.