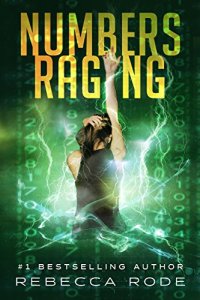 Treena wants to save everyone, including citizens of NORA and the integrants and settlers of the desert. She will have to use all her political prowess to convince her hometown and those abroad to help with her cause. The enemy looms, but nobody will believe that the young teenagers Treena and Vance are telling the truth. It’s much easier to sweep it all under the rug and look the other way.

The first half of this book was not as exciting as book 2, as it was full of political subterfuge and Treena trying to gain political support from the other Nations. I really enjoyed the Star Wars feel this book had, with the council and the underhanded politics that Treena was subjected to during her stay at the peace council meeting.

As I was reading I couldn’t help but wonder how it would end. There only seemed like two possibilities, but I was pleasantly surprised by the turn the story took. This book expertly wrapped up the series and the final climax was awesome! So much happened!

What would you do to save everything and everyone that you loved?

This novel was published by Diamond Patch Press on 02/19/2017 and is available on Amazon here. 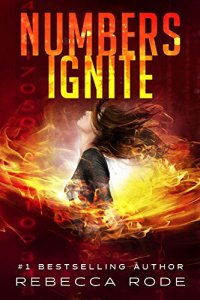 Treena is ready to leave NORA behind forever, but NORA is far from done with her. With the hope of a life ahead with Vance, she pushes onward through the uninhabitable dessert. After losing all her gear, it seems like she’ll never make it, but is saved by a hidden underground settlement. Vance doesn’t know that Treena is on her way to join him, but he is up to his elbows in his own problems. After agreeing to be put on trial for his previous actions, he’s become a prisoner of his own people.

Vance and Treena are creating their own paths in this second book. They want to be together, but first must overcome obstacles in their own lives and find each other again afterwards. I enjoyed seeing Treena and Vance in their own stories as they struggled with different problems.

Now that Treena can no longer turn her back on NORA, it’s citizens, and all the problems right in front of her, she will have to fight even harder for what she believes is right. For Vance it was never a question of if he should or should not help others, but without having the power to lead or change situations, he will have quite a difficult time of it!

This story picks up right where the first one leaves off and ends with quite the chaotic climax.

This novel was published by Diamond Patch Press on 01/26/2016 and is available on Amazon here. 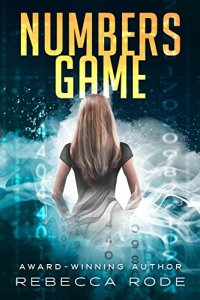 Treena has followed the rules her entire life and her rating should be high, as high as her boyfriend’s rating. She should be a green with a good job and a great life in NORA, the only thriving city in futuristic and devastated North America. They have technology and a water filtration system as well as a strict rating system to keep citizens in line. When Treena receives one of the lowest ratings of her entire class, there must be a mistake! Treena will do nearly anything to fix her low red number, even go undercover for the empress and find a military spy. What if her rating wasn’t an accident? What else is going on in the fringes of this perfect society?

The Numbers Saga is a dystopian novel with an active female heroine. Treena has quite a bit thrown at her, but she doesn’t just react to her situations, she actively seeks out her story. She creates her own rules.

I wasn’t entirely convinced that a 16-year old who is referred to as ‘small’ would be able to defend and defeat a fully trained adult soldier after one week of training. There were other small plot conveniences – punishment mode was only triggered for important characters when it could be overcome. Important characters could escape when they needed and get to where they needed to be. I could see the plot twists coming.

That being said, I could not put this book down. The writing style, characters, and plot pulled me right in and I didn’t want to stop reading. This was a fun and engrossing book.

If you were a fan of Divergent and Hunger Games, you will enjoy this book.

This novel was published by Diamond Patch Press on 03/10/2015 and is available on Amazon here.