The other day I told my friend I was cruising Amazon for fake poop. Not only would it be a great gag but I was intent on getting some as creative camouflage for my geocache. Other ideas I can think of are fake chewed gum to cover those tiny magnets that are placed under park benches.

Here are some of the more creative cache camo’s I have found. The crab was on the beach and the container was attached to its underside. Clever and I was afraid to touch it at first because it was semi-realistic. 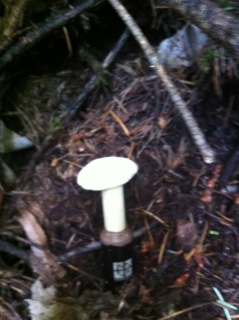 This is one of my favorites and quite clever. I actually met the owner of this cache.

Though not a natural covering, I liked how this one was decorated.