Their relationship is dangerous. Red-Thirteen is a spy amidst the Suicide Kings MC, trying to scope out their plans before they can damage the Sacred Hearts MC an further. Coon was just one of the club girls, but the SKMC was no gentleman’s club, and it broke Thirteen’s heart and almost made him blow his cover when he sees how Pig-Pen and the whole club abuses and disrespects Coon. Thirteen won’t let down his brothers at the SHMC, but he won’t stand idly by and watch Coon continue to take abuse. At the first opportunity, Thirteen places trust in her hands, showing her how good a man really can be, but can she really trust him?

This felt like the end of the series and yet almost none of the Old Ladies from any of the previous books were present. It was an entirely different story, yet a starkly familiar story, from the other books. There was a woman, she needed help. There was a man, he swoops in to save her from her situation. But the context of the other SHMC ladies was absent until the very end.

This book was also different in that it was deep into enemy territory, showing plainly the bad stuff happening at the Suicide Kings lair and at the heart of it is Dani (Coon). She has the most gut-wrenching story of all the ladies. Her abuse is terrible and even though Downey doesn’t go into too much detail, there is quite enough to make you cringe and to side with Dani, even if it means killing off all the members of the Suicide Kings. As long as it starts with Pig-Pen, the worst of the worst.

This book had so much action and so much tension, you’re definitely going to be holding your breath until the end. This entire book was like the climax of the series.

This novel was published by Second Circle Press on September 27th, 2015 and is available on Amazon here. 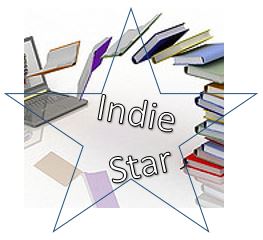 I met AJ Downey at the Destination Staycation event at the AFK in Renton, WA. Her taglines and down to earth witty manner pulled me in. Her covers got my attention. When I picked up the first book in the Scacred Hearts MC Series I was hooked on AJ Downey.
I really like how Downey’s covers in her Scared Hearts MC Series are unique to the romance genre, they aren’t just bare chested men. Just like her stories aren’t just sex and romance, but also involve a larger story and the bigger picture of the Sacred Hearts MC.
I love AJ Downey’s writing style and how she describes the world in the Sacred Hearts MC. All her characters come alive and every book is interconnected with the others through the overarching story-line and the characters’ involvement in each other’s lives. I would like to mention how fantastic Downey’s character names are, very unique and purposeful.

Downey also has a knack with descriptions. I like how she describes everything: people especially. Shattered and Scarred, for example, was more sophisticated than the average book. The way Downey looks at a scene and describes it is fascinating.